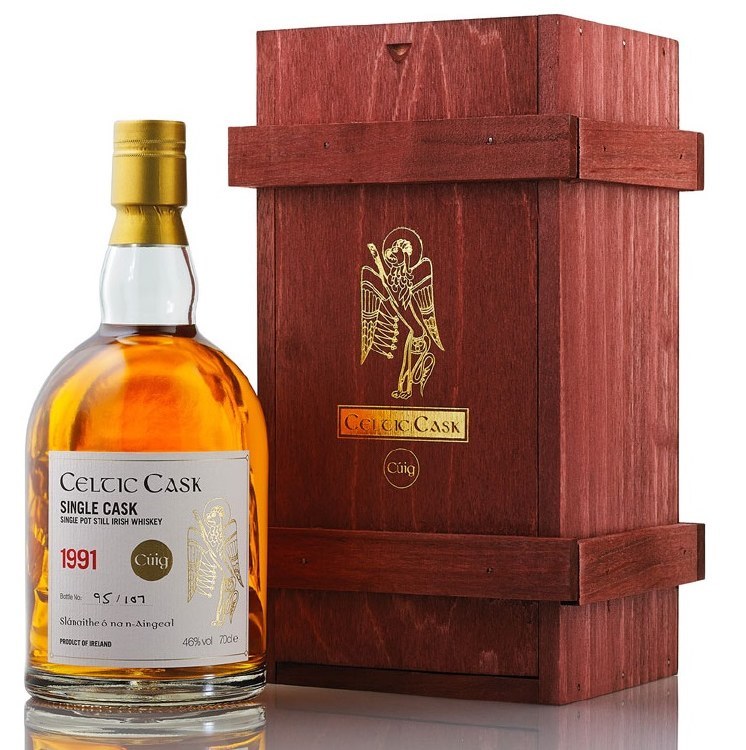 ABV 46%
Celtic Cask “Cuig” was triple distilled in Ireland in 1991 and was matured in a first fill Bourbon cask for over 13 years. It then spent the next 8 years out of cask before we rescued it from the angels grasp! It was bottled as a Celtic Cask in September 2013. This is Irish Single Pot Still whiskey from a distillery who's identitiy we are not allowed to reveal. Nose: Intense and complex with aromas of dried citrus peel with touches of ginger, allspice and mocha. Taste: Juicy, complex and spicy. Great depth of flavour. Flavours of dried fruits,boiled sweets, citrus peel and allspice. Finish: Gloriously spicy and oily. Like an old, heavy pot still whiskey but smoother and more refined